You are here: Home / Blog / Google

If you are having problems when trying to change your Google+ profile photo? Each time changing account’s profile photo, you receive an error “Sorry! We could not save your profile photo. Please try again later.  Please  follow these instructions: END_OF_DOCUMENT_TOKEN_TO_BE_REPLACED 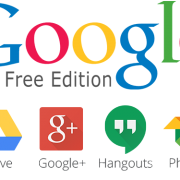